Amazon is hiring 33,000 new employees with an average compensation package worth $150,000 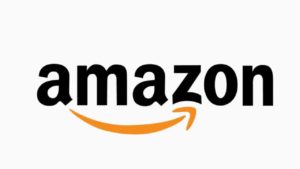 New York (CNN Business)Amazon announced it will hold a Career Day on September 16 that is open to everyone seeking a job. Amazon’s (AMZN) Career Day will include a team of 1,000 Amazon recruiters offering 20,000 career coaching sessions, according to the tech giant’s press release.

The sessions are free of charge.Amazon currently has 33,000 job openings for corporate and tech roles and says it will share “thousands of additional hourly roles in Amazon’s Operations network” soon.

All of the new employees for these roles will be paid at least minimum wage at $15 per hour with up to 20 weeks of parental leave.The employees who fill the corporate and tech roles will receive an average pay of $150,000, including salary, stock-based compensation and benefits, an Amazon spokesperson told CNN Business.

“With many people left unemployed by the economic impact of Covid-19 and searching for new jobs, Career Day is designed to support all job seekers, regardless of their level of experience, professional field, or background — or whether they are looking for a job at Amazon or another company,”

Amazon said in its press release.Amazon conducted a survey and found that 53% of Americans have been forced to look for a new job because of Covid-19.In August, Amazon said it planned to hire 3,500 additional workers in cities across the US, a move that commits the tech giant to a significant expansion of office space at a time when other tech companies are embracing telecommuting indefinitely.

Amazon also announced it is opening a new grocery store filled with smart devices.Additionally, the tech company is reportedly in talks with Simon Property Group (SPG), the largest mall owner in the US, to convert former or current JCPenney (JCP) and Sears (SHLDQ) stores into distribution hubs to deliver packages.Amazon’s stock is up 77% over the last year.

The company typically announces hundreds of thousands of new positions for the holidays, but it’s unclear if a hiring spree will happen again this year. Amazon has already hired more than 175,000 people to staff up during the coronavirus pandemic to help meet surging demand for delivery.

UPS (UPS) is also focusing on hiring during the pandemic.”We plan to hire over 100,000 people for UPS’s seasonal jobs, and anticipate a large number will move into permanent roles after the holidays,” the company said in a Wednesday press release.